The good news today coming out of the White House is that we are getting closer to a deal with China. This news was enough to send the Dow Jones Industrial Average (chart), the S&P 500 (chart) and the Nasdaq Composite (chart) to all time highs yet again. It is incredible that just a blurb out of the White House regarding a potential deal sends stocks rip roaring ahead. One of the concerns I have about actually seeing a deal get done by year-end is that next week it is possible a tweet from our President may read the exact opposite. If you look back and think about it how many times have we seen a tweet or an announcement that a deal is getting closer only to have the next statement speak to the exact  opposite. Hopefully today’s announcement (click here) sticks and that we actually see a trade deal get done by year-end. No more talk!

If indeed a trade deal gets done there no question this will be good for business here in the U.S. Although it may feel that stocks and the key indexes are overbought, if a deal gets done then it is very possible that we continue to notch records between now and year-end. 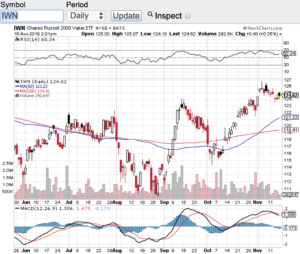