Headwinds do remain in the economy including inflation and now the backdrop of an upcoming rising interest rate environment. I think if the Federal Reserve manages their interest rate hikes in a methodical manner and communicates effectively to the street of their intentions, I don’t think the markets will be disrupted too much. Of course, geopolitical events such as the potential of Russia invading Ukraine and North Korea engaging once again in missile tests, these dynamics depending how they play out could impact the markets in the near term and the downtrend we witnessed last month could resume. Hopefully both geopolitical events turn out to be no more than a threat vs a reality.

Notwithstanding the above, I do see some hope with the pandemic numbers as of late. It does appear the spike in infections due to the omicron variant seem to have peaked which is great news for our country and the world for that matter. Hopefully soon there could be some semblance of normality which could be the catalyst for the recent downtrend in the markets to reverse its course as well. 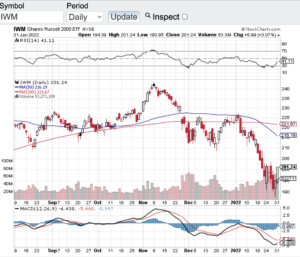